Sometimes I edit at home, but often I pack up my stuff and to go a nearby B&N cafe to work at a table there, surrounded by books. Some days I’ll pick a table by a window to catch a glimpse of the garden outside, but just as often I sit at a table alongside the Libros para Ninos section. Today, I looked at the shelf next to me and spotted Besibol en Abril y Otros Cuentos, the Spanish language edition of Baseball in April and Other Stories. What a fabulous, inspiring surprise! If you don’t know Gary Soto‘s books, you’re missing out. Writing touching, insightful, entertaining, and well-lauded books, he’s brought his Mexican American experience to universal stories about growing up since late 80s, 90s. It’s my honor to have worked with him on some of his books. (Though not Baseball in April, darn it.) 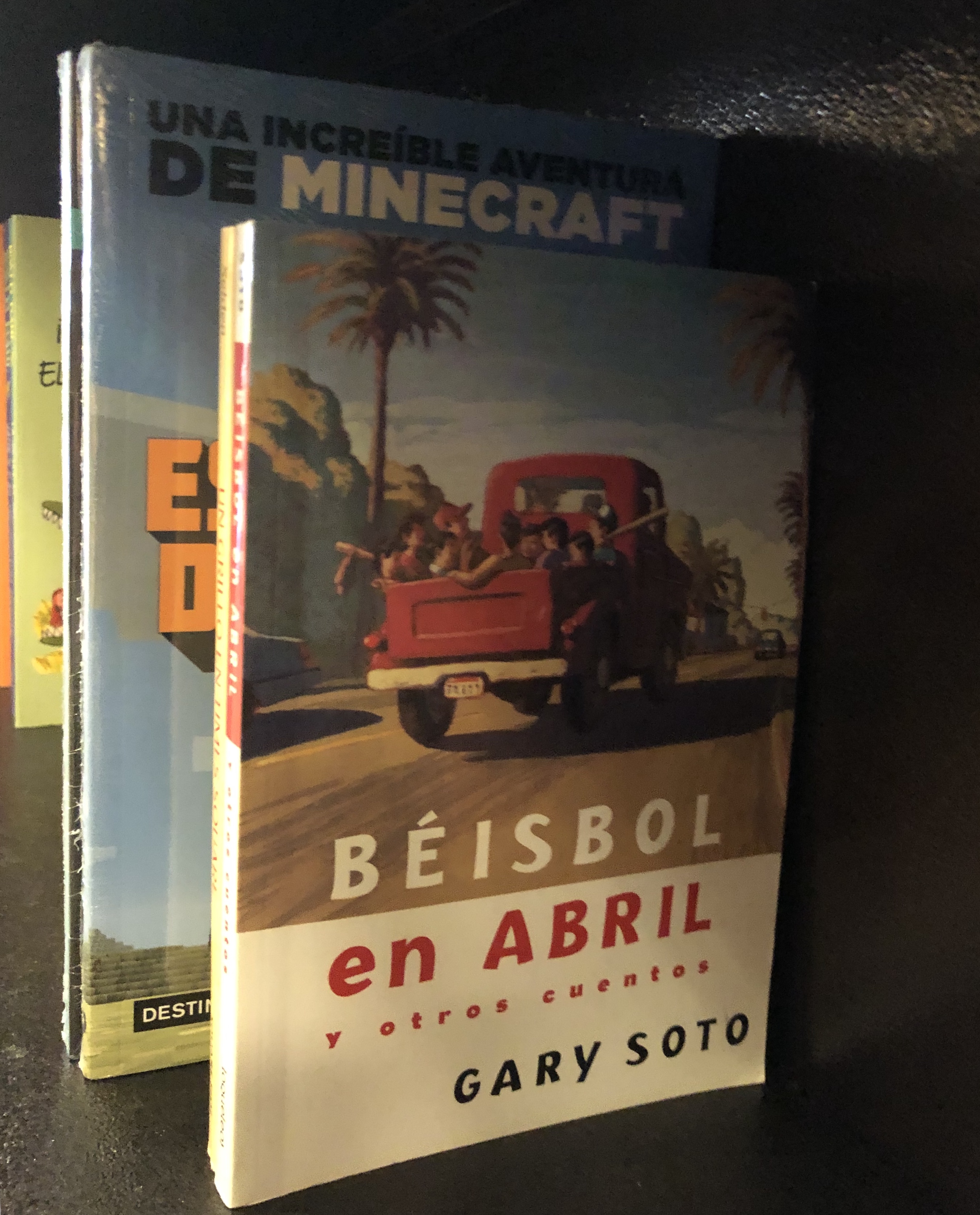 I’m feeling inspired now. I’ll wrap up my editing for the day and tuck into my own WIP. And when I get home, I’ll tuck into my copy of Baseball in April for a great read.