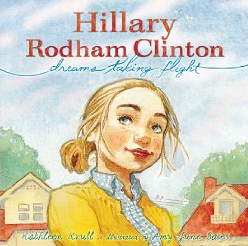 Anyone who knows me will tell you I’m a nice person, always have been. But as a girl growing up in the 1970s, the insides of this nice girl churned with anger. I was very conscious of the limitations society put on me as a girl, as I was also conscious of the struggle for gender equality raging around me.

Tonight, after my boys read Kathleen Krull’s inspiring picture book biography HILLARY RODHAM CLINTON: DREAMS TAKING FLIGHT, they engaged me in a conversation about gender equality. I told them how hurt and angry I was about the way I perceived girls being treated then. I told them about the way my dad—a father to four daughters—always told me I could do anything I wanted to do no matter what. I told them about how my mom showed me what a strong woman looked like by paving her way in the intensely patriarchal financial sector, eventually reaching vice president level. And I told them about Steve. 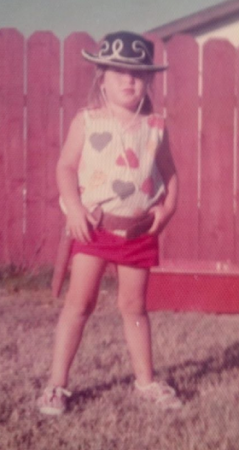 “Steve” was the persona I had to take on in order to play adventure games with the neighborhood boys. As “Deborah” my role in those games would have been to sit in the tree awaiting rescue. Unacceptable to me. Thus, Steve was born.

Sometimes I wonder why I didn’t have the bravery to stand up to those boys, feet firmly planted on the ground, and declare that “Deborah” would be an adventurer, too. Other times, I’m quite proud of my little elementary-school self for finding a way around their prejudice instead of simply not playing and thus being left out. Either way, it’s something I think about often. That experience influences me as I raise my sons, in my conscious commitment to growing men who are enlightened and blind to gender when it comes to accomplishments and opportunities.

Talks like tonight’s, coupled with what I see in my nine-year-olds’ actions and hear in their talk every day and see in their choice of friends, tell me I’m on the right track in that endeavor. That makes me feel happy. The anger is still there, as Steve resides inside my memory and plays his role in my current actions. I felt that tonight as I talked about Steve with tears in my eyes. They were angry tears, yes, but they were also triumphant tears, because when all is said and done, all personal critiquing of my decision to create Steve aside, I do know this:

I never once sat in that damn tree.